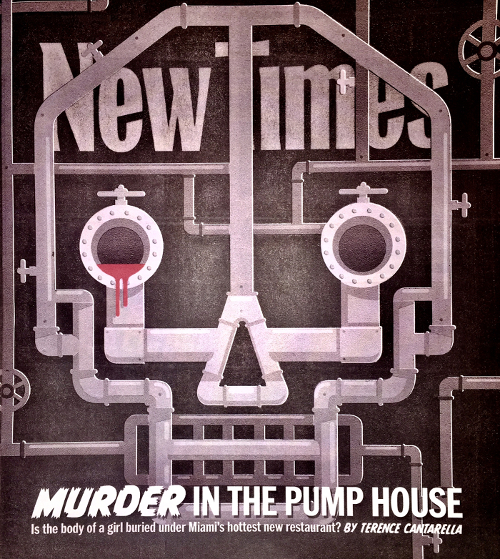 Under a canopy of twisted oaks and fluttering palms, an old coral-rock structure stands just off Biscayne Boulevard on the Upper Eastside of Miami. On a recent balmy Sunday, a small crowd gathered in the terraced backyard for brunch. They dined at café tables scattered amid tropical flora. In the middle of the yard, a mini-waterfall cascaded gently from a two-tiered pond carved out of the limestone, gurgling serenely under the trees.

Built in 1923, the grotto-like building at 5808 NE Fourth Ct. originally concealed valuable pumping equipment that pulled fresh water up from the Biscayne Aquifer and piped it to homes in Morningside, a new residential development just to the east.

Today the historically designated pump house is owned by Mark Soyka, one of Miami’s preeminent restaurateurs, who created the adjacent 55th Street Station commercial complex, as well as Miami Beach’s iconic News Café and the former Van Dyke Café, which ignited development on Lincoln Road. Soyka bought the repurposed pump house three years ago for $1.6 million and last year launched Café Roval, a popular Mediterranean-inspired bistro whose ambiance has been described by customers online as “romantic,” “serene,” and “spiritual.”