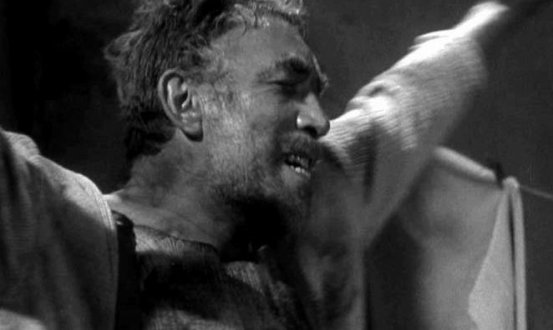 Timeless novels earn their distinction by dealing with timeless themes. In that way, Zorba the Greek, by Nikos Kazantzakis, made the Guardian Unlimited’s list of ‘Top 100 Books of all Time.’

But it takes more than a universal theme to propel a work of fiction through the ages. The theme must come packaged with compelling plots and characters. Since Kazantzakis’ novel lacks the former, it’s the latter that has appealed to millions of readers since its publication more than six decades ago.

Alexis Zorba, the eponymous 65-year-old character, is an unschooled laborer, cook, musician, war veteran, world-traveler, womanizer, inventor, and an emotionally sincere man with the heart of a teenager.

We meet Zorba on a cold, rainy day when he walks into a café at the Piraeus port and introduces himself to the story’s narrator, whom we know only as ‘Boss,’ a thirty-five-year-old Greek intellectual. Boss is on his way to Crete, where he plans to re-open a disused coal mine and experience ‘real’ life. He wants to stop “chewing paper and covering [himself] with ink.” Zorba accompanies Boss on his venture and the two men begin a dance of the minds.

The novel isn’t a battle of wits. It’s a warm, often dark, portrait of two personalities — the uninhibited vs. the introspective.

Zorba is a bold and charming philanderer shaped by his many adventures. He’s also a Puritan’s nightmare — an anti-clerical, semi-existentialist whose lust for life borders on hedonism. He worships women, not as individuals, but as a species. He embodies the traits of some of literature’s most memorable figures: Don Quixote’s eccentricity; Odysseus’ masculinity; Madame Bovary’s restlessness; Mersault’s physicality and rage at the indifference of the universe.

Boss, meanwhile, is a stifled bookworm with no ability to enjoy life because of his over-analysis of it.

Written in first-person from Boss’ perspective, we see only what Boss sees and become acquainted with Zorba only through dialogue and Boss’ musings. And it’s in that dialogue where much of Zorba’s seize-the-day attitude is revealed: “To live — Do you know what that means? To undo your belt and look for trouble!”

Mostly, though, it’s the undercurrent of death and Zorba’s constant awareness of it that defines the novel. Zorba doesn’t welcome God into his life and fall into a geriatric lull of acceptance. He grows more restless and wild with age, angrier at the callousness of the universe, and more determined to live life to the fullest and enjoy every moment. He works the coal-mine wholeheartedly, seduces a former cabaret singer, fights young village men, and proudly announces to Boss, “I think I must have five or six demons inside me!”

Zorba is not a thinker. “Boss,” he says, “everything’s simple in this world. How many times must I tell you? So don’t go and complicate things!” He has no use for philosophy since it can’t solve the only mystery that really matters — death. “All those damned books you read, what good are they? Why do you read them? If they don’t tell you that, what do they tell you?”

Kazantzakis spent his entire career wrestling with religion, haunted by questions of life and death. He has long since passed into the eternity that he tried so hard to understand, but Zorba lives on in the hearts of millions.

In that sense, Kazantzakis just may have found mortality’s loophole.